Take a cliff on which you put a plateau with 3 villages (St Pancrasse, St Hilaire du Touvet and St Bernard du Touvet). Overhang the latter from a summit (the Dent de Crolles) that you extend with the Réserve Naturelle des Hauts de Chartreuse and project opposite an exceptional panorama on the Belledonne range, you will obtain the Plateau des Petites Roches.
Plateau-des-Petites-Roches, Auvergne-Rhône-Alpes
See the map
+33 (0)4 76 08 31 48
Access the site 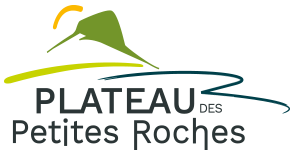 According to legend, it was the famous giant Gargantua who formed the Plateau des Petites Roches by sitting on the mountain and taking the cliff as his record when crossing the Alps.

At an altitude of 1,000 m, the plateau is a haven of peace that satisfies all nature lovers: an emblematic and internationally known place for free flight (paragliding, hang gliding, etc.), thanks in particular to the Coupe Icare, which has delighted the eyes and hearts of spectators every year for over 45 years, on the 3rd weekend in September.

Essential of the plateau (and the valley since it connects the 2!), the funicular of St Hilaire du Touvet. Over 1.5 km and 800m of altitude difference, its slope can reach an inclination of 83% and makes it one of the steepest in Europe.

It was built to transport materials and workers during the construction of the sanatorium of Les Petites (which is no longer in operation today) and then the patients of the establishment. It is now used as a tourist attraction and will celebrate its 100th anniversary in 2O23.

The particularities of the Plateau des Petites Roches
Its geography: a mountain balcony suspended between earth and sky.
Its exceptional panorama from Mont Blanc in the west to Mont Aiguille (Vercors) in the east via the Belledonne range.
Its culture of free flight
What we love
Its incredible panorama (especially the sunset)
Its funicular that connects the Grésivaudan valley through the cliff
Its play area: the resort that children recommend to their parents in summer and winter
Its 2 small ski resorts at very affordable prices!