In this grandiose setting, the mountain takes centre stage. Get into the "Gourette / Eaux Bonnes" atmosphere, with animations for all, attractions always more delirious.
Eaux-Bonnes, Nouvelle-Aquitaine
See the map
info@gourette.com
+33 (0)5 5 59 05 33 08
Access the site 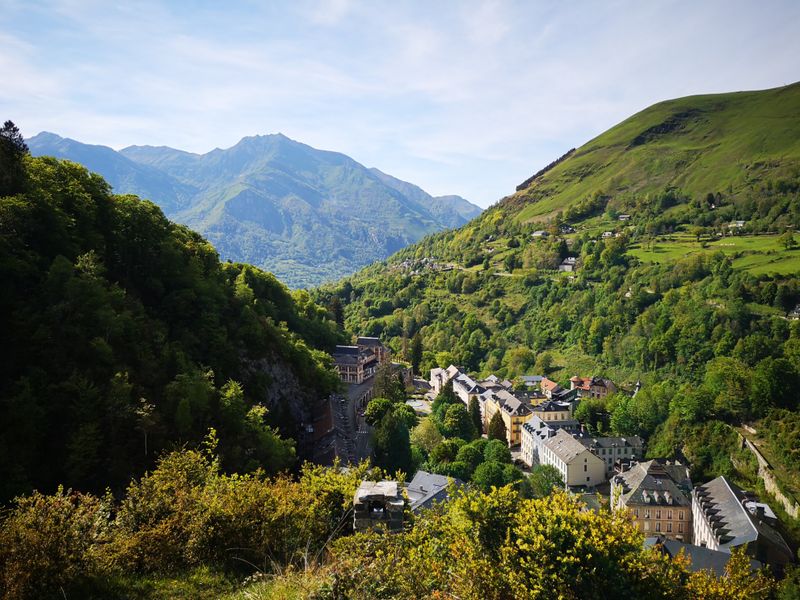 GOURETTE
Gourette was originally the name given to the summer pastures of the shepherds of Aas who transhumance the herds in early July.

From the end of the 19th century, Gourette experienced a period of economic prosperity thanks to gold and silver mining at the Arre, Anglas and Uzious sites. The ore is then transported by air from both sides of Valentine's Day to Laruns station.

Today, Gourette is renowned for its ski resort. But in the 19th century, the first international ski competitions in the Pyrenees were held in Les Eaux-Bonnes. Since 1924, skiing has been practiced definitively in Gourette. Currently, our estate covers 120 hectares and has 42 km of marked trails.

GOOD WATERS
Renowned for its sulphurous, chlorinated and iodized waters since the 18th century, the spa of Les Eaux-Bonnes was built on the site near its springs. Its healing properties had already been identified by the harquebusiers of Francis I. However, it is two Béarnais doctors, Drs Théophile de Bordeu and Darralde, who are responsible for his fame. The first was the pioneer of modern surgery under Louis XV. The second is the personal doctor of Napoleon III and his wife Empress Eugenie de Montijo. A real fever then seized the spa town. Prosperous, the latter saw the emergence of luxurious hotels and a magnificent casino. A popular holiday destination, it attracts many celebrities such as the painter Eugène Delacroix and the actress Sarah Bernhard.